Ankylosing Spondylitis - A Common Cause Of Back Pain

What is Ankylosing Spondylitis

Ankylosing spondylitis is a chronic inflammation of the spine, which is seen where vertebrae join each other. This inflammatory disease also affects the hips, shoulders and ribs. It usually begins in the late teens or early twenties. The disease is diagnosed more frequently in males than in females. In most cases, ankylosing spondylitis is a mild condition that goes undiagnosed for decades. There can be a hereditary tendency to develop the disease. The cause is unknown, but is suspected to be an autoimmune disease. It is a common cause of back pain.

HOW IS IT DIAGNOSED?

History:
Chronic low back pain and stiffness are typically the first symptoms of ankylosing spondylitis. Pain is characteristically worse with rest and improves with activity. Symptoms develop gradually, so that individuals often cannot report when it began. There is usually no history of injury. There may be a family history of this disease or some "arthritis of the spine."

Physical exam:
The earliest physical finding in ankylosing spondylitis is usually tenderness over the sacroiliac joints. As the disease progresses, the spine becomes more rigid and bending in any direction becomes more restricted. When the disease has advanced to the thoracic spine, chest expansion becomes restricted. The individual's posture becomes "stooped."
In later stages of the disease, pain and stiffness in neck (cervical) joints and muscles occur, so that the neck cannot be fully extended and eventually the neck becomes fixed in a bent-forward (flexed) position.

Tests:
Routine lab tests appear normal. The disease may be suspected by the presence of an antigen (HLA-B27) in the blood. Early x-ray changes are sacroiliac joint rarefaction (localized osteoporosis) and "squaring" of the vertebral bodies. A "CT" scan can detect sacroiliac changes early in the disease. Later, sclerosis of these joints is evident on plain x-rays and osteophytes that bridge from (fuse) one vertebral body to another is visible.

HOW IS IT USUALLY TREATED?
Medically, anti-inflammatory drugs are used to relieve the chronic pain and stiffness. If there is no response to this type of treatment, drugs to suppress the immune response may be added. Therapy and stretching exercises are used to offset the reduced flexibility of the disease. Pool exercise, deep breathing exercise, and thoracic extension exercises may be helpful. Surgery might be needed to correct severe spine disease or stooped-over posture or to replace damaged hip joints. This is, of course, only required in severe progressions of the disease.

WHAT MIGHT COMPLICATE IT?
Fractures of the spine can occur without any injury. Heart disease occurs in a small minority of individuals with long standing, severe disease. Inflammation of the eye (anterior uveitis) is associated in as many as 25% of cases. Formation of fibrous tissue in the lungs (pulmonary fibrosis) may occur, usually long after the onset of skeletal symptoms. Pneumonia is more common than in the general population.

WHAT IS THE PREDICTED OUTCOME?
The majority of individuals with ankylosing spondylitis are able to live normal lives. In recent studies, only ten to twenty percent become significantly disabled over a period of 20 to 40 years. A pattern of disease progression usually emerges after the first ten years.

WHAT ARE POSSIBLE WORK RESTRICTIONS AND ACCOMMODATIONS?
The stage and severity of the disease will determine the need for modifications in the work environment. For most individuals, early stage symptoms are manageable, and few, if any, restrictions are required. Adjustment of the work station to permit use of proper posture is helpful.

WHAT ELSE MIGHT IT BE?
Other disorders that have common presenting features are Reiter's syndrome, psoriatic arthritis and the arthritis associated with inflammatory bowel disease (IBD). There are many other causes of spinal pain that don't involve inflammation of the joints between vertebrae. A.S. is a fairly rare condition so if you have been told that you "might" have Ankylosing Spondylitis, by a well intentioned friend or even by a medical person...in the absence of proof (blood tests and diagnostic imaging), don't worry! Get the diagnosis first, don't be afraid to ask for specific tests.

WHAT ARE THE FACTORS THAT MIGHT INFLUENCE LENGTH OF DISABILITY?
A compliant and well-educated individual will manage the disease more readily. Sports and exercise may need to be modified. Lifestyle modifications are essential in the effort to preserve mobility and limit further disability. Improved posture helps, the characteristic forward bending is fairly unavoidable but good exercise physiology can help.

Smoking is discouraged because the disorder can eventually limit air exchange due to its effects on the rib cage.
Ankylosing spondylitis is a progressive disease with individual differences in the rate of progression and degree of disability. The appearance of hip involvement in the early stage of disease is an indicator of a poor prognosis. Moderate active disease or deformity is sometimes considered disabling but in reality the disability is generally mild.

WHAT TREATMENT OPTIONS ARE AVAILABLE?

There is no "breakthrough" treatment and no proof that any particular physical treatment has more value than any other. In our collective experience (Combined we clock 140 years of clinical practice) we have heard it, seen it, done it. Lots of promises about breakthroughs but in all honesty, not much in the way of results.

But wait...some cases respond to dietary changes with emphasis on biochemical individuality will help some people. Physiotherapy, exercise physiology and FSM, that's Frequency Specific Microcurrent, have given mobility improvement and pain relief in some of our cases. Acupuncture has helped quite a few of our patients, massage feels nice but has little value But it feels nice! Chiropractors and Osteopaths don't use brute force to manipulate the joints, but have some subtle techniques and low force procedures that, in some cases, slow the progress and increase overall mobility. Most patients report less pain and overall better health when they embark on a treatment program. 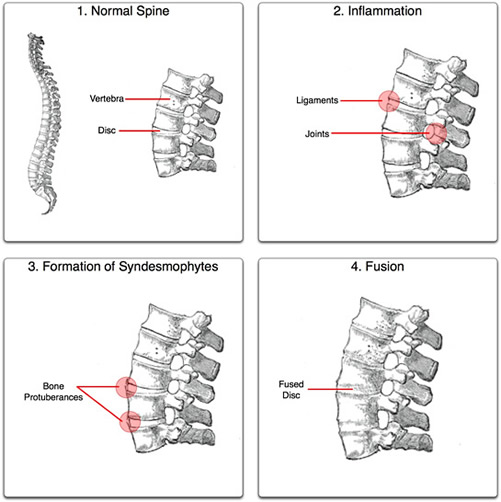 Your Health Matters Group Practice - since 1980 - 63 Warrener Street Nerang / corner of Broadbeach-Nerang Road. Exit 71 on the Eastern side of the M1